Poul Pava just launched his new YOUYOU bracelet, which has been developed and manufactured in close collaboration with LYNDDAHL A/S. The bracelet is the first of its kind in the world, where you can replace the motif yourself, also with your own design.

"I have been looking forward to introducing my new universe," says Poul Pava proudly about YOUYOU. “I have worked on it for a long time, and it consists of bracelets, which gives the opportunity to bring art to the wrist."

DEVELOPMENT AND MANUFACTURING AT LYNDDAHL IN RIBE

The idea came to Poul a couple of years ago, where he contacted LYNDDAHL to hear if we would help him with his project. “I was born and raised in Ribe and when I was young I worked for Bjarne, who founded the company. So I thought it would be fun working together again, ” he continues.

CEO Rasmus Lynddahl says: “When Poul contacted me with his idea, I must admit that it was something I had never seen before. Although the idea was quite simple, it was challenging for our toolmakers to develop the tool for producing the item. We have worked hard with Poul to find the right solution!” However, LYNDDAHL has not been the only part of the project, opfind.dk and the Danish Technological Institute have also been involved.

FUN JOURNEY WITH A FORMER EMPLOYEE
“It has been a fun journey with our former employee, and we are happy that our expertise and competencies have helped bringing his idea into the world. Poul is a good friend of the house - I remember him as a very special man in the production at the time. My father helped him get started with his first paintings, which we still have hanging around the company today. We are sure that Poul will also be successful with his idea this time", says Rasmus.

The first 20,000 bracelets have already been sent to Bornholm, where Poul and YOUYOU are ready to distribute them further out to the whole world. 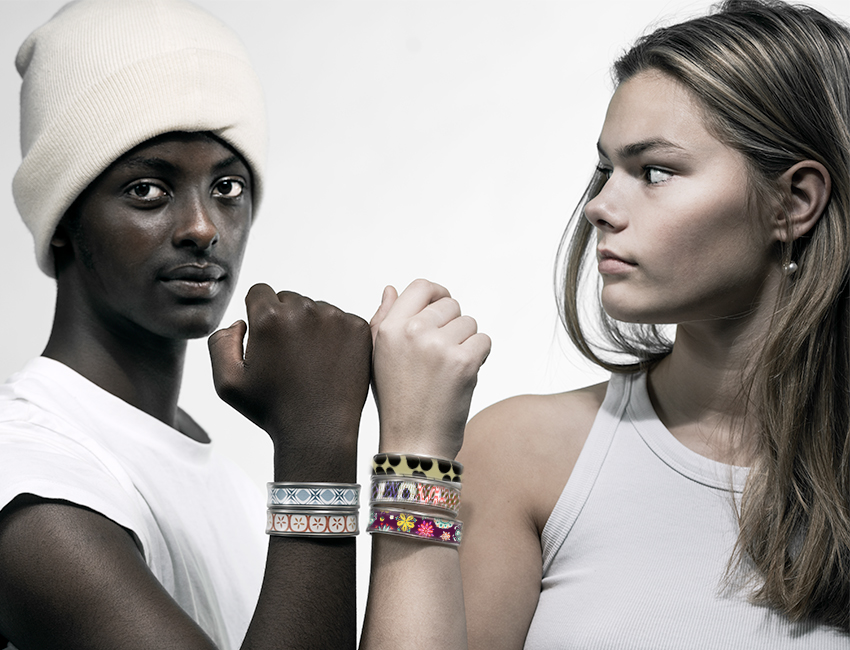